GGT is an enzyme, which catalyzes the chemical reaction involved in the transfer of amino acids across the cellular membrane. However, its major function is to regulate glutathione metabolism by transferring the glutamyl moiety to a variety of acceptor molecules including water, certain L- amino acids and peptides. Leaving the cysteine product to preserve intracellular homeostasis of oxidative stress.
GGT is also involved in leukotriene metabolism. GGT is found on the surface of all cells, with particularly high concentrations in the liver, bile ducts, and kidneys. The enzyme is also present in other tissues, such as the epididymis. In the 20th century, GGT activity was associated mostly with abnormal liver conditions and recent alcohol misuse. More recently, multiple epidemiological studies performed in Europe demonstrated that elevated GGT level is the main marker of all cause mortality. Very recent studies performed in the US also confirmed that GGT is the main risk factor for cardiovascular disease, stroke, cancer, and other life threatening conditions.
While GGT is the major risk factor of all cause mortality, Probiotica’s dietary supplements effectively reduce GGT activity. Reducing GGT activity means removing oxidative stess and inflammation, converting aggressive malignancy into benign tissue and normalizing all system functions. 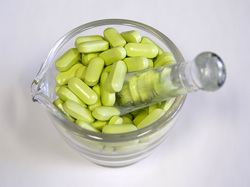 Oxidative damage causes a net stress on normal body functions and may result in many specific diseases. It also appears to contribute to the general decline in optimum body functions commonly known as aging. Among the many Oxidative Stress mediated diseases are:

In general, the lower an individual’s oxidative stress, the less probable that these diseases will develop.  What controls Oxidative Stress? The level of oxidative stress is determined by the balance between the rate damage is produced (input) and removed (output). The rate damage is produced is determined by how fast reactive oxygen species are created and then inactivated by molecules called antioxidants. The rate of damage removed is dependent on the level of repair enzymes. The determinants of oxidative stress are regulated by an individual’s unique hereditary factors, as well as environment and lifestyle. Unfortunately, many individuals have a high level of oxidative stress that could increase their probability of early incidence of age-related diseases. Early detection of high oxidative stress levels provides the opportunity for seeking corrective measures. 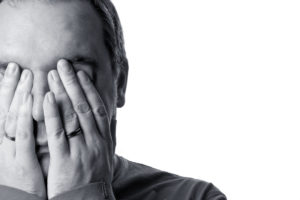 ALL ARE ASSOCIATED WITH HIGH LEVELS OF OXIDATIVE STRESS, which in turn can be measured with activity of gamma-glutamyl-transferase (GGT).

Iron that is exposed to the elements can become rusty, corroded, and eventually too damaged to work properly. Similarly, the cells in our body are also under constant threat from oxidative stress caused by toxic free radicals. Free radicals inflict direct damage to cells and tissues leaving them vulnerable to a host of chronic diseases.    Learn more here.

An increase in free radicals leads to a reduction of the protective antioxidant produced by our bodies, glutathione. GGT, an enzyme found on the surface of all body cells, further destroys glutathione through the process of hydrolysis. As a result, high GGT activity is associated with the life threatening diseases. 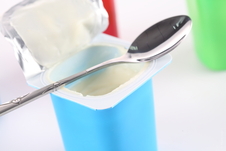